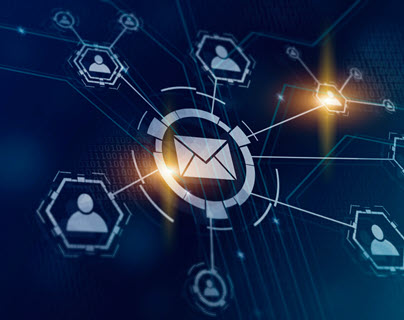 What to do when an investment falls off the cliff

What to do when a stock falls off the cliff, stock crash

This article is a website version of our weekly FREE Best Ideas Newsletter. Sign up here to get it in your inbox every Tuesday.

You may remember a few weeks ago subscriber wrote:

“What worries me most about the market at the moment is I do not know if we have reached the bottom or if we are at the edge of a cliff, about to drop.”

Well last week an investment I thought was at the bottom, fell off the cliff.

Before I tell you why first a bit of background information.

(If you've had something similar happen to you, I would love to hear how you managed it)

I bought at 1% position in Medical Facilities Corporation in 2020, when we recommended it in the newsletter. Since then, the stock price doubled.

In the middle of September, the company announced that it was changing strategy from growth to returning more money to shareholders. At the same time, it announced it was buying back about 10% of its outstanding shares.

As the company was still very undervalued, I bought another 2% position.

Where it goes over the cliff

This, along with interest expenses and taxes, cause the company to report a loss for the quarter.

As you can imagine, investors sold as fast as they could pushing the price down 25%.

My 20% trailing stop loss was triggered but I was waiting for the stock to bounce back before selling. This looks like a really bad idea as a stock has continued to fall, falling a further 7% yesterday.

Arguing against my stop loss

At the moment I'm feeling like the stock has fallen too far. Remember the company was undervalued even before it fell, so I want to take a close look at the results.

And perhaps hold the position.

BUT I am careful about this because I know selling at a loss is painful. This causes my brain to come up with ideas for me to keep holding.

It is as if the logical (rulemaking part) of my mind is being overwritten by my emotions. But my emotional brain is trying to sell the idea to me in with a logical argument.

There is no “right” answer

You know there is no right answer in this situation.

If I sell - the stock may recover  - due to better future results or the company announcing restructuring - remember they are looking at changing their strategy.

If I hold  - the stock it may fall further - as cost increases last longer and the company is unable to raise prices fast enough.

The only thing we can do in this situation is to decide, implement it and move on.

What I am going to do

First, I am going to sell to realise the loss for tax purposes.

Then, I am going to take a close look at the results announcement to see how the company is valued if these results continue for a year.

If the company is still undervalued, I will buy again.

Now on to the Mind Game part…

What companies recommended in the newsletter will perform best?

Must I buy all the companies, or can I pick and choose?

These are great questions we get from subscribers all the time. Perhaps it is something you have asked yourself.

You and I have no idea

As you have also realised forecasting the stock market – up or down - is hopeless.

The media always manages to find someone that is “sure” exactly what will happen. And he or she may even have a good sounding argument. But the simple truth is no one knows what will happen.

It the “expert” is honest he will admit that she or he is also clueless.

Studies have proven it

Numerous research studies have proved that humans simply cannot forecast, even if their lives depended on it. And so-called experts don’t do any better; in fact, they do worse than amateur forecasters.

So where does it leave us?

This means that neither you nor I can say what the market will do, or which companies will perform best.

Let me give you a few examples of companies recommended in the newsletter. I am sure you have had the same experience with your investments.

Yes, these were some of the best performing companies, but I list them here to show you how unlikely even these large gains looked at the time we recommended them.

This sleepy Germany-based provider of nuclear isotope technology for medical, scientific, and industrial use increased 75% in 6 months.

Would you have thought that a German-based bio-ethanol producer would increase 76% in 15 months?

What about a London listed distributor of branded spirits in Central and Eastern Europe, mainly Vodka in Poland, that increased nearly 75% in a year.

Reply SpA an Italy-based IT company went up nearly 3 times over three years or around 90% per year. Not only was this a great return but it shows that a company can remain in the newsletter’s portfolio a few years.

I must admit that I had my doubts about the company because when it was recommended it had accounts receivable of more than 400 days - that was more than its yearly sales. An Italian friend later mentioned that it is not unusual for Italian companies.

This French automotive equipment supplier also remained in the portfolio for more than a year and went up just under 120% per year.

MGI Coutier’s share price was also at a five year high when we recommended it and its sales in the first quarter fell 6% due to the sluggish European economy, making it an unlikely candidate to increase much.

Here is a more recent example:

Would you have thought that a Polish paper manufacturer would go up nearly one and a half times in a year?

This Japan provider of funeral services performed great, up over 14% per year since it was recommended in September 2020.

We just do not know

What you can see is that these companies performed great in spite of being in industries that were not exciting and that had all kinds of problems and uncertainties when they were recommended.

The best thing you can do

So, what can I do you may be thinking?

The best is to simply follow investment strategy, BUT you have to be sure that it is a good one.

For the Quant Value newsletter this means:

Your analyst recovering from a fall off a cliff

PS I know markets are still uncertain BUT have you already started building your buy list? If not, why not sign up today and start now.

PPS It is so easy to forget and put things off why don’t you sign up right now?