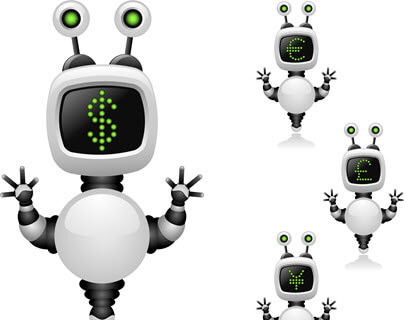 In 2010 two friends finished a research paper they called Systematic Value Investing: Does it really work? to find the best investment strategy in Europe over the 11-years from June 1999 to June 2010

They wanted to find out:

What they found was really interesting and I asked them if I can write it up to share with you here.

Before I tell you exactly what the best strategy was first some information on how and what they tested.

This is not that long but it included the bursting of the internet bubble and the financial crisis so it was a tough investment period.

The back test universe included all the companies listed in the Eurozone excluding banks and insurance companies.

This is the very well-known Magic Formula investment strategy from the great book by Joel Greenblatt “The little book that beats the market”.

Finally they added these two rankings and sorted all the companies from low to high using this combined ranking.

The ERP5 investment strategy looks for companies that are cheap and have earnings power using the following four ratios:

How much is a business earning compared to its enterprise value.

This ratio tells you how cheap a company is compared to its book value.

The investment universe is ranked the same way using these four ratios the same as the Magic Formula ranking is done.

In a research paper published in 2000 Joseph Piotroski, an accounting professor from the University of Chicago, developed and successfully tested a system to improve the returns of a low price to book investment strategy.

He did this with the use of a few simple accounting ratios which he used to develop nine point scoring system.

This is also the strategy they tested - a low price to book ratio combined with a high Piotroski F-score.

This is how the Piotroski F-Score is calculated:

Net income before extraordinary items for the year divided by total assets at the beginning of the year. Score 1 if positive, 0 if negative

Net cash flow from operating activities (operating cash flow) divided by total assets at the beginning of the year.

Score 1 if positive, 0 if negative

3. Change in return on assets

5. Change in gearing or leverage

7. Change in shares in issue

Score 1 if this year’s asset turnover ratio is higher, 0 if it’s lower

They also tested the F-Score in combination with other strategies (MF, ERP5, Price to Sales, Highest 5 year average Earning Yield).

They did this because in previous testing they did they found that the F-score substantially increased returns irrespective of what investment strategy you follow.

This strategy combines the best ERP5 ranked companies with a high Piotroski  F-score. They first selected the best 20% ERP5 companies and then sorted them by the Piotroski F-Score from a best (9 or 8) to worse (0 and 1) F-score. The best 30 or 50 companies were added to the back tested portfolios.

To avoid companies that may go bankrupt they added a high Piotroski F-Score to this back test.

For the back test they first selected the cheapest 20% of companies with the highest 5 year average earning yield (5 year average EBIT / Current Earnings Yield) and then sorted them from a best (9 or 8) to worse (0 and 1) using the F-score. The best 30 or 50 companies were included in the back tested portfolios.

The price-to-sales ratio was called “the king of the value factors” by James O'Shaughnessy in the first edition of his excellent book What Works on Wall Street.

The price-to-sales ratio (PSR) is similar to its price-to-earnings ratio, but measures the value of the company against annual sales instead of earnings. It is calculated as current market capitalization / Trailing 12 month sales

With this strategy they selected companies with a low PSR, a good Piotroski F-Score and good relative strength. Relative strength means a company with the largest share price increase over the past 52 weeks.

7) Modified ERP5: (F-score between 7 and 9, and then sorted in ascending order according to the ERP5 ranking) (ModERP)

With this strategy they first select all the companies with good F-Score of between 7 and 9.

Secondly they sorted them in from best to worse by their ERP5 ranking.

This is an investment strategy developed by James O'Shaughnessy in his book What Works on Wall Street.

It looks for companies with a market value of between €25 million and €250 million, a price to sales ratio of less than 1, and then selects the best 25 companies by relative strength (share price increase over the past 52 weeks).

This creates a list of highly volatile and risky stocks according to O'Shaugnessy but it performs extremely well.

For this strategy they combined the best Magic Formula companies with companies that had a high Piotroski F-Score.

With this back test they wanted to test if a small investor, investing in:

Can beat large institutional fund managers with large amounts of money to invest.

In the paper they tested five portfolio sizes:

Traded volume of companies in the portfolios had to be high enough so that investments can be bought within a maximum of 1 week (5 working days).

This is what the minimum daily volume limits looked like:

They excluded companies with a market value below €15 million to make sure the companies can really be bought.

Yearly re-balancing in June each year

All portfolios were re-balanced yearly this means all companies were held for 12 months, sold and then re-invested in companies that met the requirements of the investment strategy.

Re-balancing was done in June each year. This was done because most companies in Europe have a December year end and if you re-balance in June you can be sure that year end results would have already been published and priced into the price of the stock.

The market portfolio they compared all the strategies to consisted of a weighted sum of the 250 most liquid stocks of the total industrial market of companies in the database (sorted descending by the trailing 30 days average trading volume), with weights in the proportions of the trading volume of the individual stock.

Each year, the portfolio is re-weighted based on their trading volume (based on the previous 30 days before 13/06)

They used this benchmark instead of the EUROSTOXX Index, because in this back test they wanted to include the reinvestment of dividends in the index as well as all the investment strategies tested.

To do this they included dividends by re-invested dividends by buying additional shares of the company at the closing price applicable on the ex-dividend date.

They were excluded because these companies could not be valued with the ratios used to find investment ideas that matched the tested investment strategies.

The following chart shows how their market portfolio correlated with the EUROSTOXX index.

The performance difference was due to the performance of banks and insurance companies that declined substantially in the financial crisis.

Looking at these numbers you can say that, over the back test period it was not good for stocks in general and that investing in bonds would have been better.

This is what they wanted to find out

In the back test they wanted to find out:

Academic theory states that higher-risk investments should give you higher returns over the long-term. Or in other words: the greater the risk, the greater the expected return.

But is this really true?

In his book "The new finance”, Professor Robert Haugen claims that value stocks have higher returns than growth stocks and that they are less risky!

But is this true?

In his book “Finding Alpha”, Eric Falkenstein even states that low beta stocks have higher returns. He wrote: “Nonetheless, today it is a dirty little secret, something all good quants know, but it is rarely addressed directly”

These are all the questions they wanted to answer with this research paper.

How they made the back tests close to real world returns

Even though back testing is a purely theoretical exercise you can try to simulate reality by following a few rules to make sure back tested returns are as close as possible to the returns you can achieve in the real world.

This is what Philip and Luc did to make sure the tests come close to what you can earn in the real world:

A lot of back tests don’t include companies that went bankrupt or that were taken over. In this test, these companies were included.

When you use data for your stock ranking that was not available at the moment of portfolio formation (not yet published), your results will suffer from look-ahead bias. This bias mostly results in higher returns.

In this test they worked with accounting data from the previous fiscal year and waited 6 months to form the portfolios they tested.

It is practically impossible to buy large positions in micro-cap stocks (<25 million) without moving the price up substantially.

To get around this problem in the back test they set a minimum liquidity requirement for each investment that buying and selling the positions needed to be executed in 5 working days.

They also tested that if you increased this minimum liquidity requirement by a factor 2, they did not find a significant decline in overall returns.

They used data from Thomson DataStream as it had the best coverage of European companies.

You can have a strategy that does very well over a 5-year period or longer and that may then go horribly wrong. They tested the different strategies over an 11-year period. This period was long enough to test the effectiveness of the strategies over time.

Now we come to the really exciting part of this article – what were the returns?

The Back test results - The important part

Results for the 30 company portfolios.

Results for the 50 company portfolios

What can I learn from all the above information I am sure you are also thinking?

Below I have extracted the most important points.

The above two tables show you the return of all the strategies for both the 30 and 50 stock portfolios.

Let’s look at the portfolio size and number of investments changes returns.

You can clearly see that the more money you have to invest the lower your returns – even though that is a nice problem to have.

But never forget diversification is one of the cornerstones of safe investing, and it helps you to sleep well at night – the highest return is not the most important thing.

So what are the main points you can learn from all this analysis?

The tools you need to implement all of the above strategies can be found here.

It is so easy to put things off and forget, why don't you sign up right now?